As in each distinguished date, the imagination of the fans fine-tunes to devise the pranks and photographic settings more hilarantes. This time has not been less, and to few days of the Classical already visit the social networks several "memes" shared by followers culés

Already they can see in social networks like Facebook, Twitter, Instagram and other varied "memes" and photomontages in which the fans of FC Barcelona and Real Madrid take advantage of for mofarse so much of the rival team as of some of his players, doing upsetting especially in Leo Messi, Cristiano Ronaldo, Gerard Hammered and Álvaro Arbeloa, this last always reason of mockery between the followers culés and even more during the two last seasons, being acting usual.

The case is that the imagination of all the fans has sharpened and, to few days so that the balloon throw to film in Santiago Bernabéu, already can see by the networks several photographic settings tronchantes, some of them with some black humour when doing allusion also to the attacks of Paris. In this publication have wanted to plant some of the "memes" more shared and commented during the last hours in the quoted social networks: 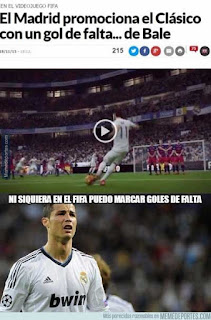 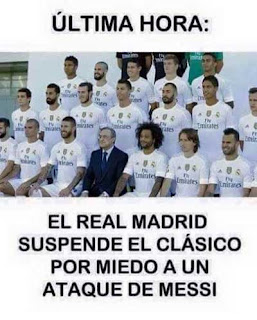 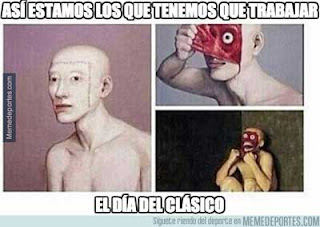 7 PROMISES TO KEEP IN MIND

HE WAS BESIDE ALLAN

OFFICIAL: The Champions Barça-Napoli will played at the Camp Nou

A DEFENCE THAT LIKES IN THE CAMP NOU

THE PRESIDENT SPEAKS OF SIGNINGS