These are the best "memes" of the FC Barcelona-Betis

These are the best "memes" of the FC Barcelona-Betis

The victory of the Barcelona on the Betis by four goals to zero has left step to a lot of "memes", as all the parties of the culés. In this occasion these ceban with the ephemeral of the leadership of the Real Madrid in League, that abandoned as they finish the parties of the Atleti and Barça

There is not doubt that to close the year there is not at all better that a good goleada and some good "memes" to throw some laughs and sack a 2015 that has been truly magic for the FC Barcelona. The blaugranas finish goleando to the Betis home what allows them keep on being leaders with a party less than his perseguidores Athletic of Madrid and Real Madrid.

Both clubs were the first of the League BBVA during some hours. And it is in the white group in which the internauts have fixed his ironic settings for, doing a game of relation with the signing and dismissal "exprés" of the FC Barcelona B and Sergi Guardiola compare both situations. Others went further and remembered it sucedido in the contest of Miss Universe in which during some minutes Miss Colombia was the most good-looking of the planet, but that after an error this scepter finish recayendo in Miss Philippines.

Centring already in the party of the Betis, what remained clear is that the Barça follows bumping one and again with the sticks. First in the penalti failed by Neymar and afterwards in the second half where crashed three shots in these. Something that neither happened unobserved for the users of the social networks... Ni For Adán. 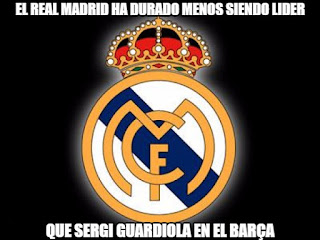 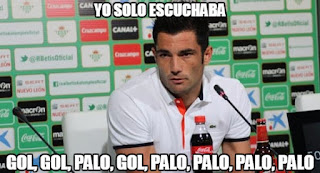 CONCERN IN THE BARÇA

IMPORTANT DROPS IN THE BARÇA

The culé infirmary, in detail: This is the situation of injured players

IMPORTANT ANNOUNCEMENTS IN CAN BARÇA

FC Barcelona confirms its budget for the 2021-22 season

Several Barça executives have requested the dismissal of Ronald Koeman

FC Barcelona vs Bayern on TV: When and where to watch the Champions League match

REVOLUTION IN THE SYSTEM?

MATCH TO OPEN THE CHAMPIONS

Line-ups of the FC Barcelona-Bayern of Munich of Champions