This is the best "meme" of the Barcelona-Villanovense

This is the best "meme" of the Barcelona-Villanovense

In this new delivery of"memes", the canteranos of the Barça Munir and Sandro carry the palm of the memories of the social networks after having achieved his first so many this season. Beside them, it notices it comic of the day stars it the visitor Juanfran

After the goleada of the FC Barcelona to the Villanovense in the turn of the dieciseisavos of Glass of the King 2015-2016, the best "memes" of the party have carried them to him the two Barcelona forwards Munir the Haddadi and Sandro Ramírez. Both have achieved to see door by primeravez in to the season and have achieved remove a big weight of on, something that has served (and a lot) to the internauts to do more than a prank.

And it is that yes, it did long that we did not see like Munir marked a so much with the Barça, something that on the other hand already had done with the Spanish selection sub 21 this season. But no only they have had laughs and coñas with them but the own Villanovense has carried his part also.

In concrete has been the visitor Juanfran the one who, with his so much, has won the peculiar premium with which arrived his to the Camp Nou. And it is that all that that marked him this Wednesday to the Barcelona, would receive a ham courtesy of the company that sponsored to the team in this party in front of the Barça. 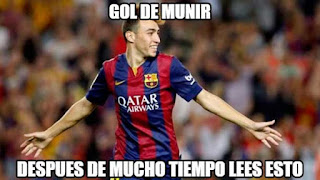 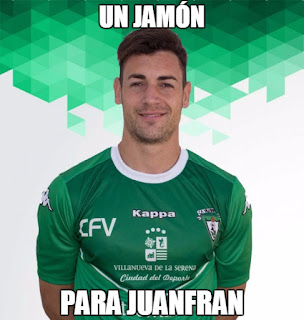 BARÇA MAY 'FISH' AT ANFIELD

ZIDANE DOES NOT WANT RELAXATION

The words of Zidane on the crisis of the Barça

THE PATCHES DEMOLISH THE PROJECT

The planning is a disaster and Setién runs out of ideas: End of cycle for Barça

PAOLO RONGONI DOES NOT DOUBT

The best recommendation that Barça could receive about Pjanic