These are the best "memes" of the free fall of Mourinho

These are the best "memes" of the free fall of Mourinho

The consecutive disasters of Chelsea of José Mourinho in the Premier League are causing an alluvium of "memes" and all type of mofas of the fans of other teams, so much in England as in the rest of the world. All they do mockery on the situation

The free fall of José Mourinho is helping, by against, to develop more and more the imagination of a lot of fans of around the world to trick of him. And it is that Chelsea, that went back to lose this weekend in the Premier against the Stoke City (1-0), finds in a situation more than precarious being to very few points of the descent and to 13 of the places of Champions League, with a Manchester City that it could leave to 17 points of distance.

The technician could not occupy the bench "blue" in the field of the Stoke this Saturday because of a sanction, but sure that from house saw sumido in the madness how his team went back to crack in front of a rival in theory of lower entity, so much by staff as by resources.

The case is that they are many the "memes" and photographic settings that are transitando the social networks during the last days mofándose of the situation of José Mourinho and of Chelsea, sunk in the classification of the English competition. Here they go some of the funniest: 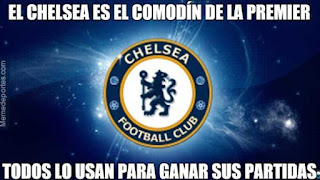 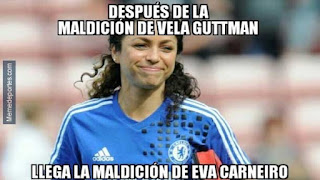 Today highlights
COMPLICATION FOR THE BARÇA

Change of plans for Barça: The 'barter operation' with City falls

OFFICIAL: Konrad de la Fuente will go out of the Barça and will play in the Marseilles

ONLY DISPUTED HALF AN HOUR OF MATCH

The alarms go off in France and Barça: Dembélé, injured

HAALAND HAS A BIG OBSESSION

ROMA INSISTS ON RENEWING HIS CONTRACT

Barça could lose one of its star signings

The four most likely destinations for Sergio Ramos

DEPAY WANTS TO SAVE AN 'AS'

Barça will yield and allow Depay to sign 'only' until 2023