PROBLEMATIC WITH BALE IN MADRID

The barcelonism knows how would resolve the controversy with Gareth Bale

Gareth Bale has seeded the controversy during the last weeks in Real Madrid, when he danced with a curious flag of Wales. The Barça fans know how would punish him

When it finished the season 2018-19, the big majority of fans of the Real Madrid -and also of the rest of clubs- took for granted that Gareth Bleat would be one of the first in abandoning the 'white house', after a bad campaign that joined to the doubts that the Welsh had woken up in previous courses. For big surprise of all, Bleat finish remaining because of the fault of consistent offers, and in spite of that Zidane did not explain theoretically with him.

Afterwards the things seemed to change at the beginning of the present season, and Gareth Bleat accumulated several consecutive titularities. It marked some goals, gave some assistances and seemed that it could enderezar definitively the course in the team merengue. At all more far of the reality, arrived the physical problems and with them, the mystery. It bleat it happened more than a month without playing with the Real Madrid and, suddenly, was quoted by Wales to play in the present stop FIFA.

As it is natural, did not seat at all well to the Real Madrid that the first party of Bleat after his problems went precisely with his selection and no with the club that pays him. Neither they helped the words of the footballer in press conference, when it ensured that him ilusionaba more play with Wales that with the Real Madrid. The satisfy of the colmos, however, arrived after the last party that contested with his combined national. 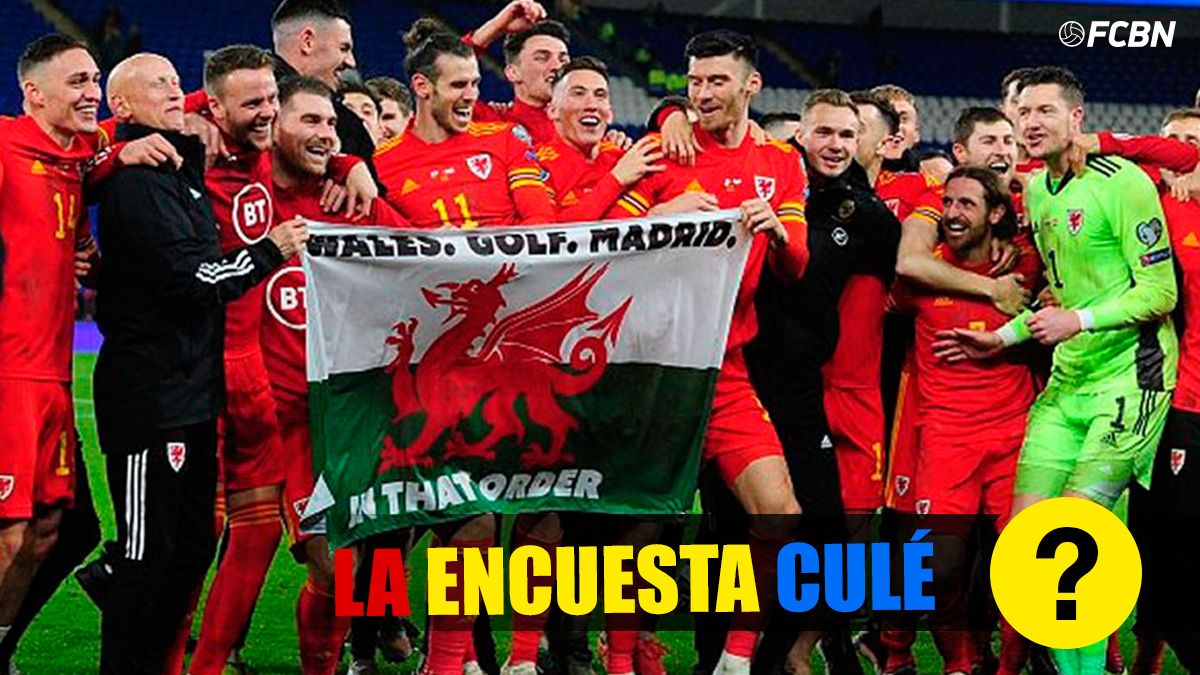 Gareth Bleat causes a fire tricking of the Real Madrid

Wales certified the pass to the Eurocopa 2020, and the players celebrated it with a controversial flag of Wales in which it could read: "Wales, golf, Madrid. By this order", in clear allusion to the preferences of the British player. It bleat, instead of getting angry or shun the celebration, jumped and danced sonriente beside the banner, what the big majority of the madridismo understood like a mockery to the club of Santiago Bernabéu.

From 'FCBN' ask then to our readers what would have done, if had some power in the FC Barcelona, in the case that it had been a Barcelona player the author of similar atrocity. The reactions have not done expect, and the majority of the users have answered in relation to what already foresaw. The option "separate him of the team for ever" has been the most voted, with 59% of the suffrages.

18% would try reconducir the situation speaking with the footballer, whereas 17% would limit to happen of the subject, when thinking that simply has treated of a without importance prank. Finally, 6% of the voters would need a time to think very what do with the player in question, sabedor that it is not an easy situation to resolve.

The 'Case Bleat', from bad to worse

The case is that, luckily, for the moment the FC Barcelona has not had to confront lately with situations so grave like the one of Bleat with the Real Madrid. The delays of Ousmane Dembélé in some trainings are not for nothing comparable, neither neither the gesture that had Coutinho to the fans of the Camp Nou does some months, and that finish of 'finish' his course. How it will solve the Madrid the case Bleat? The price of the Welsh no for to go down in the market of signings, and Florentino Pérez has it increasingly complicated for ingresar something by a player that, in 2013, cost 101 million euros.

Calendar FC Barcelona
Related Content
ZIDANE WILL COUNT WITH HIM

Zidane forgives Bale: "He is one of ours and people have to be with him"

Bale and James, a problem with a single solution at Real Madrid

The reaction of Zidane to Bale's provocation: He does not want to start a war

Today highlights
A REVIEW TO THE CORONAVIRUS BREAK

Roures: "I expect a 'pre-season' and matches with no public in July and August"

The world of football opens debate: There could be matches behind closed doors until December

PRAISES OF THE ARGENTINIAN

THE PSG SCHEDULES THE FUTURE

Neymar's replacement at PSG would be a former goal for Barça

Ter Stegen: "I have no idea about football. I don't know what to call the players"

WHERE WILL HE PLAY?

Lautaro Martínez takes a decision on his future