NOT IN HIS BESTS

SURVEY: Deserves Griezmann being in the line-up more than Dembélé and Ansu Fati?

Antoine Griezmann has been up to now basic in all the matches, because he didn't have competition with the injuries of his mates. Now that they are recovered, deserves Griezmann to be still in the line-up?

Splitting of the base that Luis Suárez and Leo Messi are intocables in the eleven headline of the FC Barcelona, at least to day of today, one asks if Antoine Griezmann will be his usual companion or if, by the contrary, Ernesto Valverde would have to bet by Ousmane Dembélé and Ansu Fati when they find in plenitud of physical conditions. Both finish to go out of an injury and already are to the orders of Valverde, although still no to 100%.

From 'FCBN' have wanted to ask to our readers what think in this regard, if Griezmann is the ideal player to form trident of attack with Leo Messi and Luis Suárez or if, by the contrary, Ernesto Valverde would have to bet by other attackers like Dembélé and Ansu Fati in the eleven. Through the following survey, can transmit his opinion:

THE POLL Deserves Griezmann being in the line-up more than Dembélé and Ansu Fati?

Antoine Griezmann played with Messi and Suárez against the Inter of Milan during 66 minutes, until it left his place in the eleven headline to Ousmane Dembélé. The ex of the Athletic of Madrid was of more to less and completed a performance that was not bad, but neither brilliant. In the line of what is sucediendo in what it goes of season 2019-20. The three goals that accumulates know to little, and there is not doubt that his level is far of the that showed to the orders of Diego Pablo Simeone in a group rojiblanco that played for him.

Griezmann Does not finish to find his ideal position in the current tactical system of the FC Barcelona. Play in the bands does not help him, and neither of false nine. Where surrenders better is in the place of second tip, just behind a leading reference, and in the 4-3-3 of the Barça has found with that said position does not exist. Ousmane Dembélé And Ansu Fati seem to fit better that he in this system when having capacity for desbordar from the bands, and from here the question that a lot of fans begin to do . 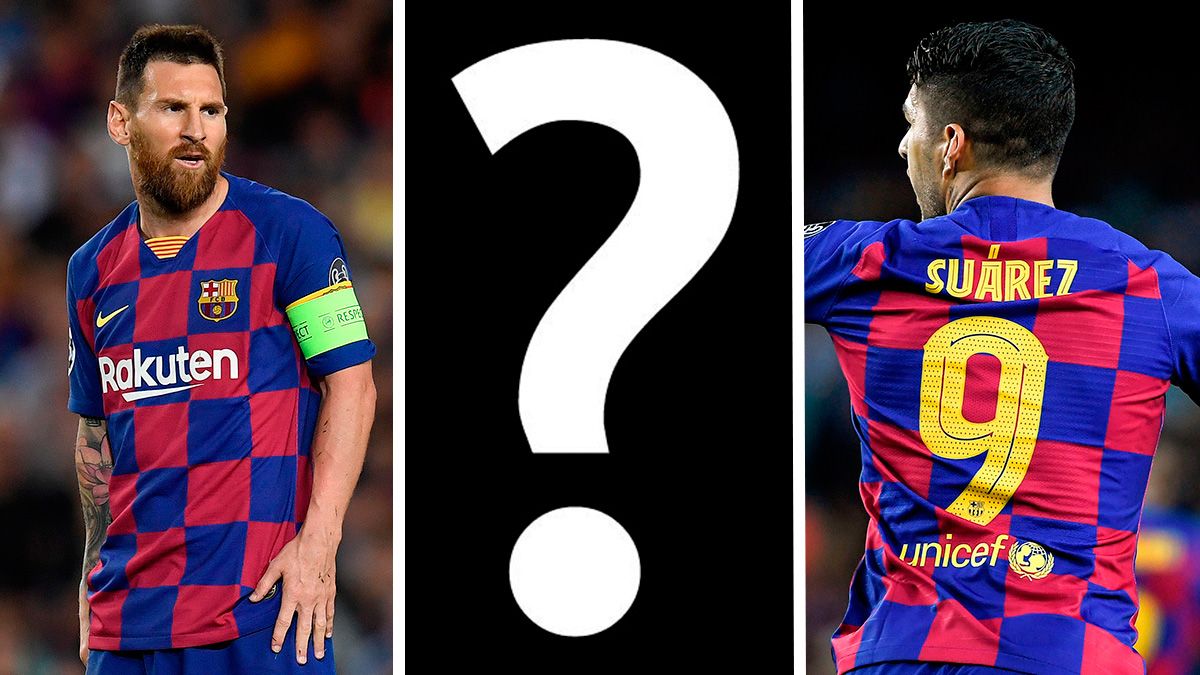 Who has to accompany to Messi and Suárez in the alignments?

The FC Barcelona paid this past 120 million euros by Antoine Griezmann, when considering him a safe bet and of immediate performance for the front of attack culé. Up to now hardly it had had competition, taking into account that the injuries that have azotado to the staff in this start of course affected to Leo Messi, Luis Suárez, Ousmane Dembélé and even to Ansu Fati in the last days.

Griezmann, the only healthy forward to 100% together with Carles Pérez, has had the hándicap to play practically each party with distinct mates in the front of attack, thing that neither has favoured to his adaptation. To day of today Dembélé, in plenitud of conditions, can offer a better performance that he beside Messi and Suárez. Ernesto Valverde, however, knows that condemn to Griezmann to the bench would delay even more his integration in the team.

Valverde Trusts the potentialities of Griezmann

For now, in this sense, everything seems to indicate that Valverde will follow having Griezmann like companion of Messi and Suárez although Dembélé and Ansu Fati are smart to play. The canterano Barcelona has been the big disclosure of the season for the Barça, but does not have the same role mediático that the one of his others mates and this, in spite of his tremenda quality and desparpajo, can play him against to the hour to go out of start give the parties.

It was as it was, the question is that the 'Txingurri' has to his disposal to Messi, Suárez, Griezmann, Dembélé, Ansu Fati and Carles Pérez. Six attackers of big level to face the season with full guarantees. We will see if, of face to the market of signings of the next summer, Neymar Jr arrives to add a new piece to the puzzle.

Griezmann and the left side, declared enemies

INDISPUTABLE IN THE XI

Today highlights
VALENCIA DOES NOT GIVE IN

The key condition that Barça puts in the signing of Rodrigo

Rodrigo, dejected against Barça: Valencia does not rule out his depart

MESSI AND TER STEGEN ARE NOT ENOUGH

The 1x1 of the Barça players against Valencia

Barça, you must pay attention: Defending like this you won't go to anywhere

The 'cannon' through which Rodrigo would end up at Barça

BADLY PARTY IN FRONT OF THE IBIZA

Those indicated by Barça in Ibiza: five players are touched