It ENJOYS IN IBIZA

VIRAL: The last photo of Messi on holiday that causes furor in the networks

Lionel Messi has not left to enjoy of his holidays, and now finds in Ibiza beside his family and his nearer friends

Lionel Messi follows enjoying of his holidays, in this occasion does it in Ibiza. While his big fellow Luis Suárez abandoned the island to incorporate to the pre-season of the Athletic of Madrid, the Argentinian star has gone back to leave see on board of the lujoso yacht in which it has happened the last days beside the family of the Uruguayan and to the one of Cesc Fàbregas.

It does few hours, the captain of the FC Barcelona shared a photography that has not left indifferent to his million followers through his account of Instagram. In the capture has been able to see to the '10' luciendo a swimsuit of striking colours and a cap of fisherman of black colour, while his torso is entirely to the discovered. 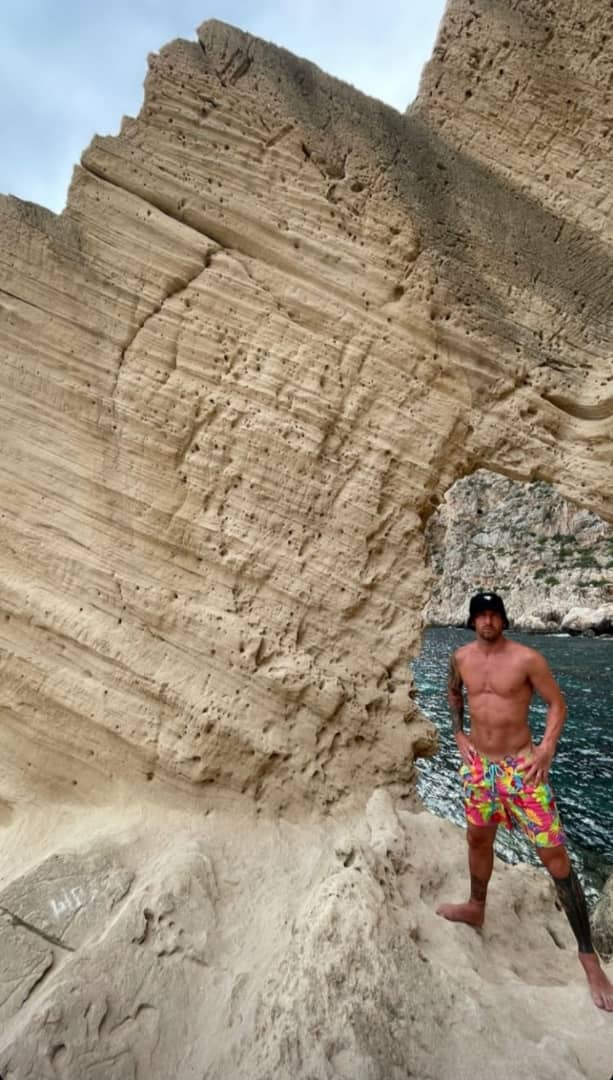 Lionel Messi enjoys of his holidays in Ibiza / Source: @leomessi

By his part, the wife of the Argentinian star, Antonela Roccuzzo, also decided to share een his account of Instagram a selection of photographies in which it appears enjoying of a day on the high seas. "It IS VEDRÁ🌴🌅Loading energies✨✨ #touchesvedrá🧜♀️", commented beside the instantaneous, that until the moment accumulate more than 760 one thousand 'likes'.

Far to go back?

A week backwards commented that the Argentinian star, that was in the city of Barcelona does few days, would join to the trainings of pre-season with the Barcelona team this Monday 2 August. However, the possibility was resolved when the footballer ensured that it will not return until his contractual situation do not resolve .

Therefore, the Barcelona club goes on doing all the possible for fitting have them the end to be able to inscribe to Leo of face to the next season. Joan Laporta, president of the Catalan entity, has insisted in the verbal agreement that there is with the Champion of America, ensuring that it wishes to continue in the team, but first will have to prepare the terrain for his arrival.

Calendar FC Barcelona
Related Content
SURE OF HIS CONTINUITY

Laporta, firm with regard to the future of Leo: "Messi wants to continue in the Barça"

To THE RHYTHM OF CUMBIA

KEY MOMENT FOR THE CULÉS

Today highlights
WILL THE RENEWAL OF ANSU TAKE A TIME?

The 'crack' of the Barça that could renew before Ansu Fati

Good news! Congratulation for Pedri and Agüero aims to the eleven

MANY DECISIONS TO MAKE

The Barça Assembly, in detail: What are the key points?

A PROBLEM 'WITHOUT SOLUTION'

Indignation! Players of the Barça condemn the state of the lawn of the Ciutat Esportiva

Barça 'breaks' with Sergi Roberto: The renewal of '20' is complicated

ANOTHER JEWEL IN THE ORBIT

ANALYSIS OF ALL OPTIONS

Possible signings: The 10 players who are on Barça's radar

HE SPOKE CLEAR ABOUT HIS FUTURE

Raheem Sterling's 'bombshell' on his future