The "memes" of the escaped of the police of James Rodríguez

The "memes" of the escaped of the police of James Rodríguez

The Colombian of the Real Madrid arrived the Friday to the training of the white group "escorted" by a car of the police. Seemingly, the agents pursued to the player when this went to 200 kilometres by hour. The social networks did echo of the sucedido

There is not at all that it do not go through the eyes of the creators of the "memes" that so much arrasan in internet, neither the events extradeportivos of different players. As it is the case of the player of the Real Madrid James Rodríguez, the one who was escorted by the police hata the city of entramiento of the group merengue. The international Colombian was hunted and pursued to more than 200 kilometres by hour.

It is thus that the users of internet have not left to happen any second to mount a series of images very amused by the expense of the sucedido. These ask that it would be what would have seen James to the hour to go to these veolocidades and they same answer with images that of good sure will not leave indifferent to anybody.

The controversy, a more inside the bench madridista this year, has left a very bad flavour of mouth in the leaders of the white group, that already angered in his day with Karim Benzema by an alike situation. It seems that the players madridistas do not learn to fulfil the law and the best that can do right now Florentino and company is to take it with humour, as all the season in general. 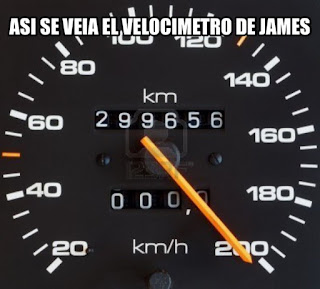 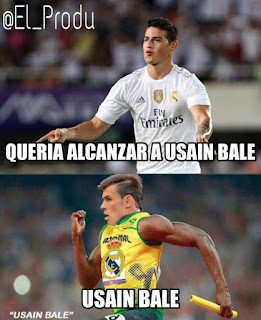 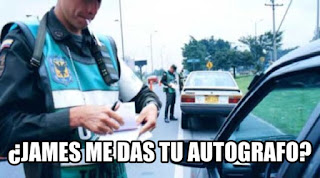 A busy week at Can Barça: Joan Laporta's 'urgent' tasks

OPERATION GONE OUT UNDER WAY

Barça, with two 'allies' in England to give way to Junior Firpo

IMPORTANT STEP FOR THE PROMOTION

This is how the fight for promotion is: Girona wins in Vallecas and is close to Primera

A REVERSE AFTER ANOTHER

The signings that have escaped him to Laporta

Eriksen, stable and recovering after collapsing in Denmark-Finland

IN THE CULÉ ONLINE STORE