HIS FUTURE, IN THE AIR

Dangerous 'wink' from Neymar to Zidane and Real Madrid

The complexity of a hypothetical return of Neymar al Barça means that the Brazilian does not see with bad eyes sign for Madrid ... and does not hide it in the networks

To the FC Barcelona has closed him an important door to attack the signing of Neymar: the jam in the 'operation gone out' with players like Philippe Coutinho or Ivan Rakitic. The culés need to lighten the mass salarial to pose the return of the crack of Paris Saint-Germain, something that will be complicated with the market of traspasos of the Premier League closed.

Besides, the tension that the team culé is supported by the French team by brush of the past improve the proposal of the Real Madrid, that Nasser To the-Khelaïfi would accept of better wins. The whites have remained without Paul Pogba and, like contrapartida, could attack the signing of Neymar, that wants to go out as it was of Paris Saint-Germain.

Neymar Prioritises to the FC Barcelona, but the club culé has the obstacles of the mass salarial and of the cold war with the French club. But you win them of Neymar to go out to abandon the team of Thomas Tuchel do that it can see attractive the option to dress of white, since in Santiago Bernabéu would accept to keep the wage that perceives at present whereas in the Camp Nou would have to it to him go down.

This Wednesday at night, the daily Sport desveló an astronomical offer of the Real Madrid to Paris Saint-Germain to carry to his star: 120 million euros more the traspaso of Luka Modric. The negotiations between clubs would be very advanced and Neymar, that is waiting for that the Barça move index card, could finish changing of opinion and decant by Chamartín.

Besides, this Thursday in the afternoon, Neymar has surprised in his social networks with a publication that sounds to 'wink' to the Real Madrid. In concrete, Neymar reposteó a history of Instagram hanged by Radamel Falcao in which they appeared together the own Neymar and Zinedine Zidane apparently having a conversation.

Recently, Gerard Hammered asked him to Neymar a public gesture that approached to the Barça, but the answer of the Brazilian has been republicar a photography beside Zidane. In a moment like the current, everything is subject to interpretation...

The photo that published Neymar 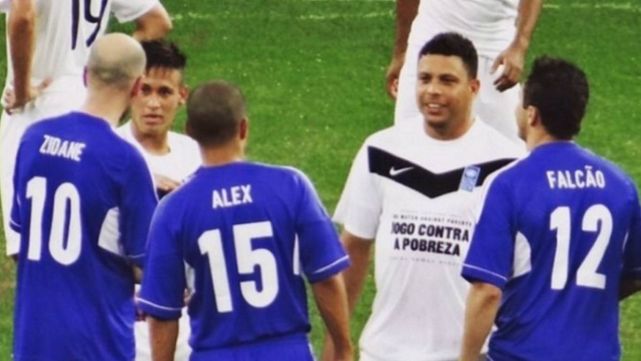 The photo that republicó Neymar

The PSG would have blocked the negotiations with Barça for Neymar

Today highlights
1ST TITLE OF THE SEASON AT PLAY

KOEMAN WANTS TO WIN THE SUPERCOPA

Koeman: "It is not the most important trophy, but we want to be in the final"

De Jong, confident: "When you play at Barça, you are always a favorite"

The new jewel of the Bundesliga played at the Barça Academy

Ansu Fati breaks his silence during his recovery

UNEXPECTED WORDS OF THE DUTCH

HE HAS TO IMPROVE IN THE FIELD

KEEPS IMPROVING IN THE BETIS

Juan Miranda does merits to return to the FC Barcelona