The "memes" ceban with the embarrassment of the Real Madrid

The "memes" ceban with the embarrassment of the Real Madrid

Tens and tens of "tweets", photographic settings and "memes" created by the fans invade the social networks more transitadas after the esperpéntica situation that crosses the Real Madrid in Glass of Rey, to the edge of the elimination by the undue alignment of Cheryshev

After it knew that the Real Madrid of Rafa Benítez had incurred in a failure of undue alignment against the Cádiz when planting on the terrain of game to Denis Cheryshev, the one who could not play when having received three cautions the past season with the Villarreal in said competition, the social networks flooded with "memes" pertinent of fans of all the world that, as of habit when it occurs some situation esperpéntica or bochornosa for some player or team, hurgaron even more in the wound of the madridismo.

The fans of the group merengue are embarrassed by the abysmal management of the managerial board of Florentino Pérez and the technical body of Rafa Benítez, those who did not check before the dispute of the party those who were the players that theoretically could not contest the meeting by sanction. In this coyuntura, the imagination of the users has gone back to fine-tune to produce a big quantity of "memes" and photographic settings that trick of the Real Madrid and that, without place to doubts, do not have waste. They see some of them:

FLORENTINO THROWING HIM THE FAULT OF THE OF CHERYSHEV To ULTRAS SOUTH IN 3, 2, 1...
? DeportesCutre (@DeportesCutre) December 2, 2015

FLORENTINO SENDING To BENZEMÁ To NEGOTIATE WITH THE CÁDIZ SO THAT it DO not REPORT...
? DeportesCutre (@DeportesCutre) December 2, 2015

And after the Black Friday and the Ciber Monday today Rafa Benítez has given the starting signal to the Monguer Thursday.
? Pablo Lolaso (@PabloLolaso) December 2, 2015 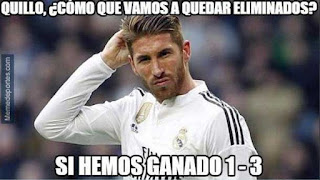 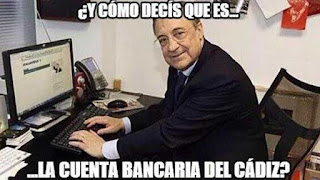 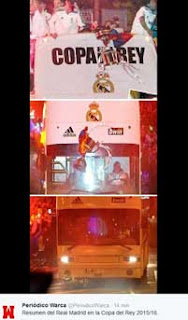 Calendar FC Barcelona
Today highlights
WILL BE PRESENTED AT THE ASSEMBLY

Joan Laporta's proposal for the reform of the Barça Statutes

THE NEW 'CRACKS' OF THE BARÇA

Barça, with three of the youngest players in the Champions League

WILL BE OUT UNTIL NOVEMBER

Dani Alves is a free agent... An option for Barça?

Haaland's dream that sets off the alarms of all the 'greats'

An OPTION THAT REFUSED

The alternative that proposed him to Laporta to inscribe to Messi

BALDE IS NOT THE ONLY OPTION

Koeman's alternatives for the left-back after Jordi Alba's 'KO'