This is the best "meme" of the Arsenal-FC Barcelona

This is the best "meme" of the Arsenal-FC Barcelona

Big split the contested by the FC Barcelona in London in front of the Arsenal, in the gone of the eighth of final of the Champions League. A meeting where the magician went back to be Leo Messi that calló a lot of mouths (and "memes") marking him two so many to his black beast Cech

Many were the images and the played that marked the victory of the FC Barcelona on the Arsenal this Tuesday, in the gone of the eighth of final of the Champions League. But especially, it went Leo Messi the one who carried all the praises and the best "memes" thanks to his two so many. The Argentinian broke his bad luck in front of the Czech goalkeeper Cech, to the that had not marked him any so much to date.

But I Read it was not the only important in the victory as Marc-André ter Stegen also had part of the fault in the Barcelona victory. The German took out a spectacular hand in front of a head butt of Oliver Giroud when the goal was already sung. The cancerbero went back to make a pair of interventions of big merit later and, to the equal that Messi, also callaba to a lot of detractores.

And finally, the exotic of the party put it Andrés Iniesta that it presented again with a combed "mohicano" in a party of the Barça. A combed that already of by himself could have been a "meme" but that the users of internet improved as it can see to continuation. There is not better that laugh of one same and of good safe that, even to the same Andrés was graceful him. 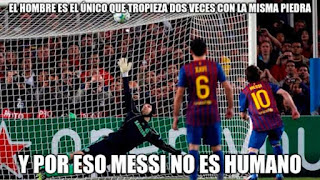 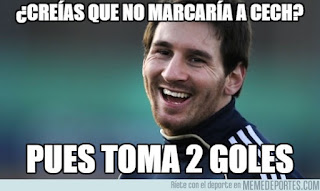 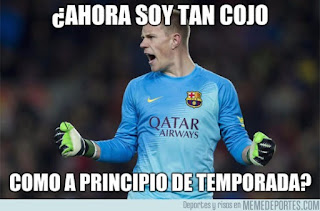 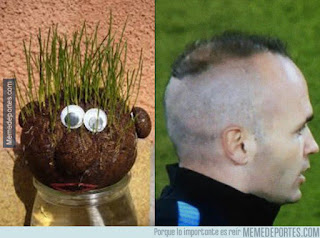 Moratti assumes the departure of Lautaro: "Whoever wants to leave is not held back"

FINAL OF THE TERM

OFFICIAL: Schalke 04 does not exercise the purchase option for Todibo

ALREADY THERE ARE COLLECTIVE TRAININGS

Countdown to Setién: 12 days to revitalize the Barça system

EX TRAINER OF THE BETIS

Poyet fuels the rumors about the departure of Luis Suárez

THE 'SPURS' INSIST ON THE BRAZILIAN

JUVE HAS GIVEN UNTIL 5 NAMES

The Barça promises that Juve has asked for Pjanic

THE 'KILLER' OF BAYERN ADDS 29 GOALS

This is the Golden Boot: Lewandowski puts the direct and becomes leader

BARÇA WORK IN BOTH SIGNINGS