The FC Barcelona has joined to the list of eight teams that are classified for the eighth of final of the UEFA Champions League 2019-20. The last day of the phase of groups will be exciting

To fault still of a day so that it finish the phase of groups, already there are eight teams that have attained the mathematical classification for the eighth of the UEFA Champions League 2019-20. Six of them have done it like first in his respective groups: FC Barcelona, Bayern Munich, Manchester City, Juventus, RB Leipzig and Paris Saint-Germain. The others two, like seconds: Real Madrid and Tottenham.

This Wednesday the Barça-Dortmund (3-1) and the Leipzig-Benfica (2-2), in communion beside the rest of the results in his respective groups, allowed the classification of Catalans and Germans of face to the following round of the competition, joining of this way to the six clubs that already had attained the gesta this past Tuesday 26 November.

In the Group To already is all the fish sold, with Paris Saint-Germain like indisputable leader and a Real Madrid also classified, although like second of group. Witches and Galatasaray will have to contest the third place that gives access to the UEFA Europe League, and will try rascar some point in his respective parties against two of the big colossuses of Europe.

In the Group B the situation is the same, with a Bayern Munich classified like first of form stood out, with the Tottenham like second, and Crash Red and Olympiacos deleted but with options to struggle by the place of Europe League. The 'spurs', now trained by José Mourinho, outline like possible rivals of the FC Barcelona in a hypothetical crossing of eighth of final.

In the Group C, the Manchester City already is classified like leader of group, and opt to the second square the others three teams: Shakhtar Donetsk, Dinamo Zagreb and Atalanta. Whatever happens in the Dinamo-City of the last day, especially vibrant will be the Shakhtar-Atalanta of 11 December, in which it expects that they jump sparks. The Italians, after going last in all the liguilla, can finish attaining the gesta. 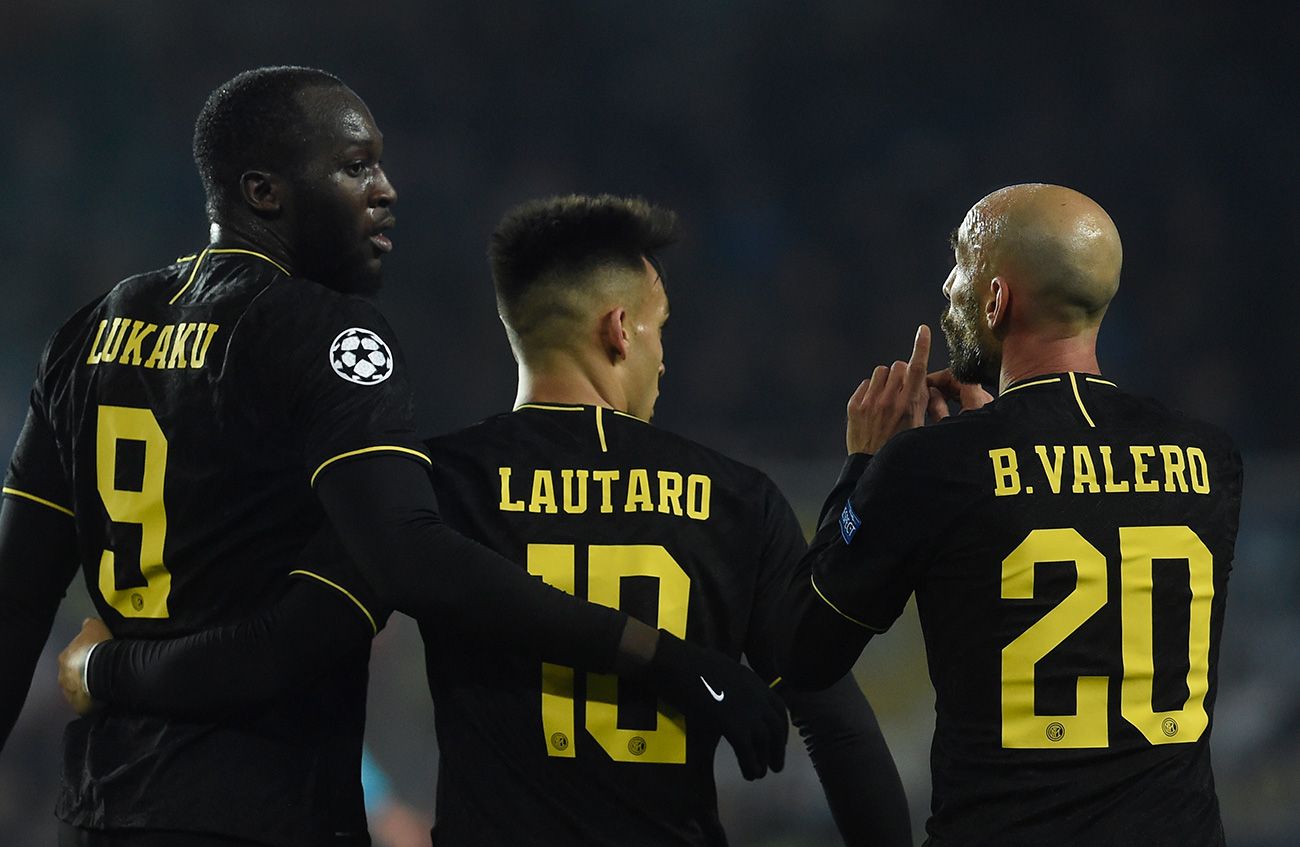 Lautaro, Lukaku and Valero, players of the Inter

In the Group D, the Juventus already is classified like first of group, whereas the Athletic of Madrid and the Bayer Leverkusen follow struggling by the another note and the Lokomotiv of Moscow already is deleted of the competition. The 'colchoneros' will have to win to the Russians in the last day and depend on yes same to be in the following round of the tournament.

In the Group And everything is opened. The Genk is deleted of the competition, but Liverpool, Naples and RB Salzburgo will struggle by the two places that give access to the eighth of final and the one who allows to play the UEFA Europe League. Although 'reds' and celestial are favourite, will not be able to fiarse of a Salzburgo that has to the big disclosure of Europe, the leading youngster Haaland.

In the Group F, the FC Barcelona already has attained to classify like leader, whereas Inter of Milan and Borussia Dortmund have options to be in the following phase and the Slavia Prague is totally deleted in spite of the good game that has deployed during all the tournament.

In the Group G, the RB Leipzig is classified, Zenith and Lyon follow struggling by the remaining square and the Benfica, although it is deleted for the following round, still has possibilities to classify for the dispute of the UEFA Europe League.

In the Group H still there is not any qualifier, and together with the And is totally open. It breathes a fight to three bands between Ajax, Valencia and Chelsea by the places that give access to the eighth of final, whereas the Lille already is was.

The Barça breathes relieved in Europe

In definite, still expects us a last exciting day of parties, although the Barça already has the security to be one of these 8 already classified teams for eighth of final. More tranquility until February to centre , from now on, in LaLiga and the preparation of the Supercopa of Spain.

This is Group F: A Barça already classified will be judge on the last day

Today highlights
KEY WEEK FOR THE FUTURE OF SETIÉN

'DART' BY THE SPORTS PLANNING

The message of Setién about the future of Messi, Griezmann... And his own

Villarreal vs FC Barcelona in TV: When and where see the match of LaLiga 2019-20

The functions that Miralem Pjanic will perform at FC Barcelona