This is the best "meme" of the FC Barcelona-BEATS

This is the best "meme" of the FC Barcelona-BEATS

Another party more than Champions and again that Ter Stegen goes back to occupy the best "meme" of the meeting of the FC Barcelona. This time the social networks agree of Cristiano Ronaldo and the data that the German goalkeeper has done more dribblings that the luso in this day

Whenever there is Champions the best "meme" of the party of the Barça has name and surname Marc-André ter Stegen. But this time, and as it comes being habit in the last parties, has been of positive form since in this occasion the guardameta went back to leave his goal to zero. But it was not this l oque called the attention to the fans but something that has to see with Cristiano Ronaldo.

And it is that in this fourth day of Champions, Ter Stegen has done more dribblings that the forward of the Real Madrid, that was nefasto in the party in front of the PSG in which no rascó neither ball. In a moment of the first-half, the goalkeeper Teutonic had to go out to the pennant of corner to collect a spherical, in front of the pressure of a Byelorussian attacker, had to trick him with the quality that treasures in his feet.

Another "meme", this time a bit more cruel, has to see with the injuries of the team blaugrana and also of the Real Madrid. Although the whites lost the Tuesday to his side Marcelo, this Wednesday the Barça did the same with Ivan Rakitic, which has problems in the sóleo what aims that it will not be able to be in the Bernabéu. 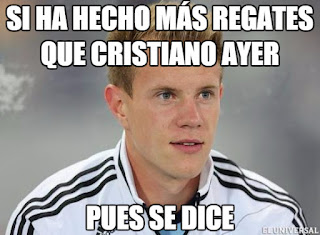 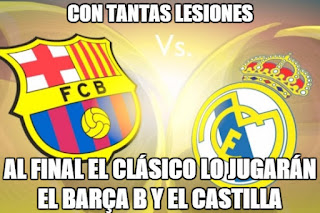 MANY PLAYERS WILL BE 'SACRIFICED'

A market of 'juggling': Barça's accounts for this summer

PALMEIRAS RENEWED HIM UNTIL 2026

FACING THE NEXT SEASON

Who will have a site in the template? The fate of Barça's loanees

XAVI HAS NO DOUBT

HE PLAYED AT THE DISCOUNT

Rubén Neves approaches Barça: The Portuguese aims to be the substitute for Busquets

IF THEY DO NOT LOSE IN GETAFE

Xavi's Barça, one step away from entering the club's history

Getafe vs FC Barcelona on TV: When and where to watch the LaLiga match