The best "meme" of the party Getafe vs FC Barcelona

The best "meme" of the party Getafe vs FC Barcelona

The canterano blaugrana Sergi Roberto has been the man of the party between the Getafe and the FC Barcelona and no podia fault a "meme" his as the best of the meeting. His two assistances and his game during the 90 minutes did the delights of all the lover of the good football

It could not be missing as to each party, the best "meme" of the meeting. And it could not be missing neither Sergi Roberto like protragonista after another big exhibition with the camsieta of the FC Barcelona. And it is that the one of Reus was an authentic nightmare for the defence azulona that it ate two assistances geniales of the crack canterano.

And for nightmare the one of Luis Vampirez or Suárez, as you want to say it. The Uruguayan forward saw again door and showed that in Halloween for his rivals more terroríficos are his goals that his bites, which seems to have forgotten does already long. Especially after the news of the WHO and the red meat like cancerígena...

It is thus that have gone back you to give with the two better memes of the meeting between the FC Barcelona and the Getafe corresponding to the ninth day of the League BBVA 2015-2016 contested in the Coliseum Alfonso Pérez. Enjoy them, to the equal that with the final victory 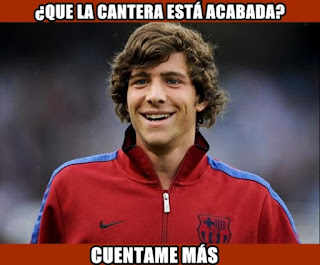 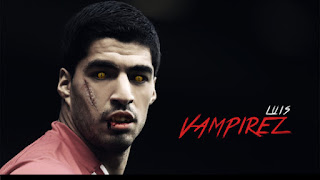 IMMINENT: Depay would have already given Barça the 'OK'

AN EXIT FOR 'COU'

Coutinho can return to the Premier: Another 'big' pending his situation

WITH THE PERMISSION OF HIS FAMILIAR

THE DIRECTIVE will CONVERSE WITH HIS AGENTS

The Barça, also for defining the future of Ilaix and Dembélé

Eriksen, stable and recovering after collapsing in Denmark-Finland