This is the best "meme" of the FC Barcelona-Villarreal

This is the best "meme" of the FC Barcelona-Villarreal

Beyond all doubt the victory by three to zero will have left very happy to the barcelonismo. But in spite of this and the recital of Neymar, the best "meme" of the day could not be for another that did not go the referee of the party Clos Gómez and his peculiar arbitration

It could not be missing as to each party, the best "meme" of the meeting between the Barça and the Villarreal. In this occasion, and as it comes being habit lately, after a recital of the boys of Luis Enrique. Although in this occasion the FC Barcelona had to lidiar with the referee of the meeting, a Clos Gómez that it has won by his performance and the cautions showed the be protagonist of the best "meme".

But the referee has not been the only of the that have agreed the social networks during him victory of the team blaugrana. The big detail of Neymar leaving to Luis Suárez kick the penalti of the second goal did to ask to the people of the worlds of internet what would have done in his Christian place Ronaldo and does not have waste.

Finally and after the turn of Mathieu to the eleven headline, his escarceos with the tobacco also have gone back to be object of mofa during a party more than acceptable by part of the defenso French. This clear that to the good of Jeremy neither a big performance exempts him of his sins. 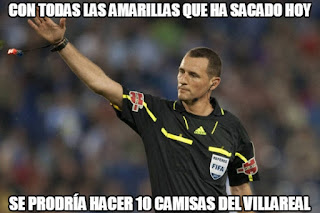 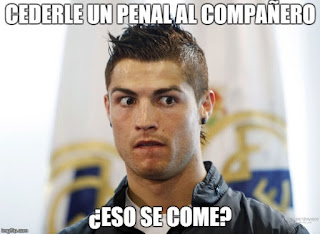 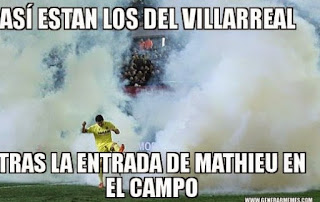 Squad list of Koeman for the FC Barcelona-Atlético of LaLiga

BOTH MEET THEIR EX

Griezmann vs Luis Suárez, the most interesting duel of Barça-Atlético

THE BARÇA WANTS TO GET OFF HIM

KOEMAN HAS TWO DOUBTS FOR HIS 11

The two great doubts of Koeman for the Barça-Atlético

It DOES not BITE THE TONGUE

Ter Stegen talks about Messi's future and the signing of Haaland

THE BARÇA HAS A LIMIT

The curious warning of the PSG to the Barcelona on Neymar

THE PROJECT POCHETTINO "IN CRISIS"

Bombazo: Revealed the first images of the new T-shirt of the Barça

THE BARÇA WANTS A MIDFIELD

The 3 options that Barça handles to reinforce the midfield