The Barça-Madrid of this summer couldn't play for the coronavirus

Diverse sources ensure that the International Champions Cup, the tournament of pre-season that confronts to the big clubs of Europe, could suspend this summer

In July of 2017, hardly some days before Neymar Jr did the cases to leave to Paris Saint-Germain, FC Barcelona and Real Madrid made history when playing the first Classical in United States. This summer of 2020 was foreseen that the eternal rival went back to confront in North American territory, in the frame of the International Champions Cup.

However, the newspaper 'ACE' and other media have advanced that the traditional tournament that agglutinates each summer to the best clubs of Europe could suspend, due to the fact that the big majority of European leagues could finish to finals of June because of the peak of the coronavirus.

Waiting for knowing when will be able to reiniciar LaLiga, the Champions, the Europe League and the rest of European championships, and after they have postponed already the Eurocopa and the Glass America for the summer of 2021, the pre-season of the big teams also could see very affected by the drastic changes that are producing in the calendar. 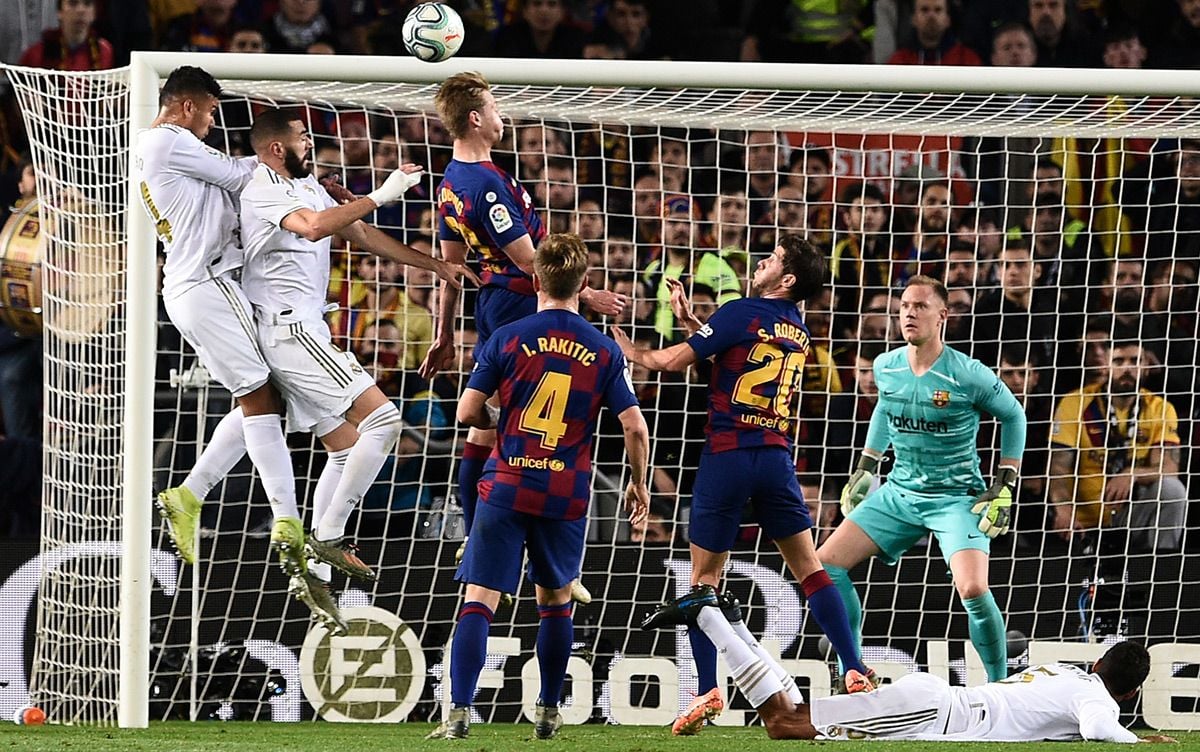 The Real Madrid, ready to mark against the FC Barcelona in the Camp Nou

Barcelona and Real Madrid had foreseen to play this summer a Classical in The Vegas to inaugurate the Allegiant Stadium, the one who will be the new headquarters of the Raiders of the NFL. The dispute of this party was desvelada by the 'Washington Post' during the month of February, but the growth of contagions by the coronavirus could finish deleting this appointment -and all the International Champions Cup- of the calendar.

It fits to take into account that Relevent Sports already cancelled four weeks ago the part of the tournament of the International Champions Cup that had to play in Singapore. As it confirmed to the newspaper 'ACE' a responsible height of Relevent, the Classical second in United States is to day of today in the air and runs serious risk of suspension, to the equal that the rest of parties programmed for these dates.

"We follow planning the edition of 2020 and are adjusting us to the new calendars of the football", signalled the source in question. "We have to monitor the situation but it is necessary to understand that it is changing very quickly, the security and the health will be our priorities", added.

Another hit for the income of the FC Barcelona

If finally it cancels the Classical of The Vegas, so much Barça as Real Madrid will see affected his income. They obtained 9 million euros by the Classical of Miami, and both teams aspired to go back to carry that pinch this summer, although they were conditioned to play the meeting of form very limited by the dispute of the Eurocopa and the Glass America, that would have prevented the presence of the big 'cracks' of both staff. We will see what finish sucediendo, but for now the Classical veraniego of 2020 is to the edge of the cancellation.

The door of Neymar's return to FC Barcelona is reopened!

FC Barcelona's tough response to Naples for their criticism

THE COMPASS OF THE BARÇA

Barcelonismo is clear about where Francisco Trincao should play

BY THE CHANGE OF NORMS

AIM OF THE BARCELONA

Strong message from Neymar about his future and PSG

BOMB IN THE MARKET

'Galactic' barter between Barcelona and Arsenal: Four cracks can enter it

All what you need to know of the final phase of the Champions: Schedules, dates...