HYBRIDISATION WITH THE NBA MODEL

If the stop by the coronavirus keeps lengthening, the current calendar will compress even more and to LaLiga will be missing dates. It exists, however, an original alternative to resolve the situation

The calendar of the European football has characterised , in the last years, for compressing increasingly and take out the maximum juice to the tug mediático of the big clubs. To the competitiveness of the national tournaments like League, Glass and Supercopa (from this year in shape of 'Final Four') add the Champions League, the Europe League, the Supercopa of Europe and, for the most winning teams, the World-wide of Clubs.

We have arrived to a point in that the offer of competitive football engloba also the friendly between selections, that of friendly already have rather little. When no jugan clasificatorios for Eurocopa or World-wide, arrives the hour of the UEFA Nations League. And, in summer, until the pre-seasons have increased the level with tournaments like the International Champions Cup, that confronts to the best clubs of the European panorama. 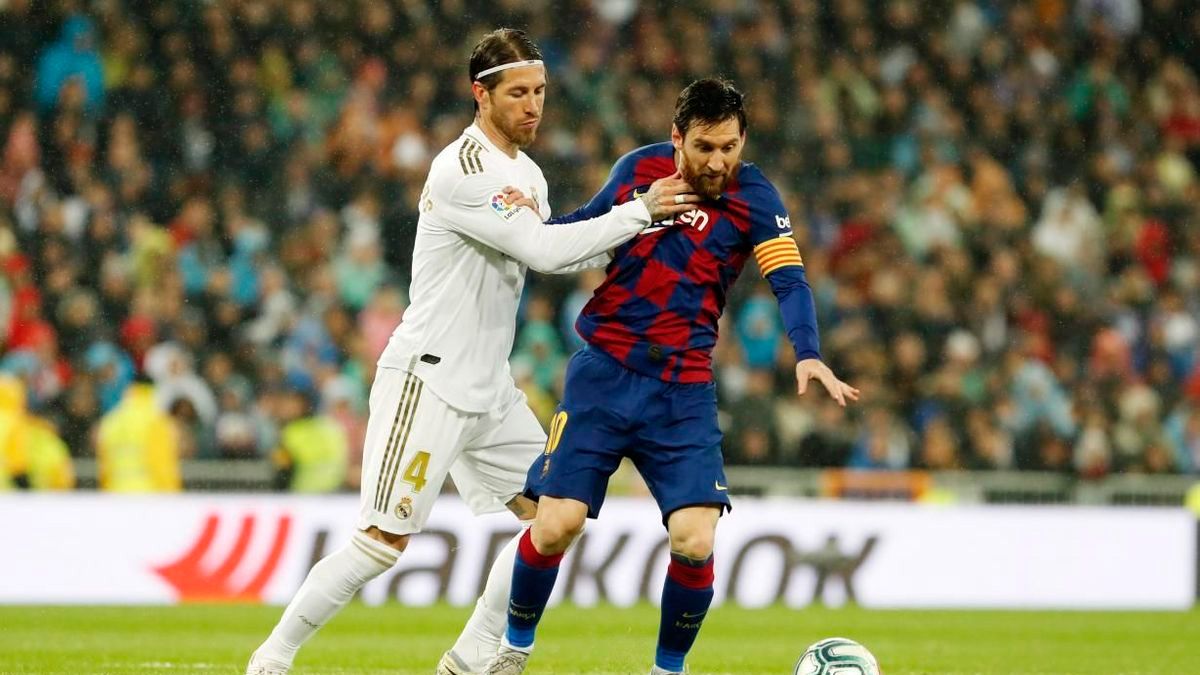 The stop ocasionado by the coronavirus has been a stick in the wheel of this particular bicycle of competitions. They have had to delay the tournaments veraniegos and until the Olympic games, but can that not even like this can 'save' the remaining days of the main leagues. In this point, orno of our faithful readers has moved us a proposal that could paliar, although of exceptional form, overloads it in the calendar of the next course.

It treats of Jordi Sans Roig, the one who presents an idea what less original. In case that the pandemia by the coronavirus lengthened more than the planned, his alternative would be to play the remaining days of LaLiga Santander 2019-20 of 15 August to 30 September. This would bump frontalmente with the following season 2020-21, but is here where comes the most innovative part.

And it is that, according to the quoted user, could put in practice a hybridisation with other models like the one of the NBA. This would consist in dividing LaLiga 2020-21 in two groups or conferences, each one with 10 teams. The teams of each group would play a total of 18 parties (9 of gone and 9 of turn), and the two first of each group could confront in a species of 'Final Four' to determine to the champion.

A solution with defects and negative consequences

The proposal is creative and, to some extent, is very thought. The negative point, nevertheless, is that it involves a series of problems of difficult solution. By a part, when having less split (until 16 days less, if the 'Final Four' resolved in format liguilla) also there would be less income for the clubs in concept of rights of TV, as well as on sale of entrances and other tools of marketing and profit.

And how it would decide which team goes in each group? The controversy would remain patent was cual went the organisation of the groups, since one of the three big clubs of LaLiga (Barça, Athletic and Real Madrid) would remain 'alone' in one of the groups, whereas his two rival maxima by the title pugnarían in the another. Although it is true that it could find a way to balance the level of both groups, the final organisation would be what less debatable.

It fits to add, also, that would lose the magic of LaLiga. Each team would confront so only with the groups of his group to exception of the two first qualifiers, what would prevent to see 'derbis', classical of our football and other always attractive parties. The NBA of basketball governs also by the organisation in conferences, but his teams play in regular league more than 80 parties, confronting to rivals so much of his conference as of the parallel.

You do not doubt in proposing your solution to the calendar

From 'FCBN', was as it was, have wanted to do us echo of this crazy and original proposal, with the aim to do think to the rest of our readers in more original and creative proposals to finalise the season 2019-20 and, afterwards, encarar the 2020-21. Sure that, between all, the community 'FCBN' will achieve to give with a solution that approach to perfection. All was to combat the empty of the confinement.

DO to ARRIVE YOUR PROPOSALS Through OUR FORM OF CONTACT

A REINFORCEMENT OF LUXURY

Luis Suárez: "It's necessary to show that we want to win LaLiga and the Champions"

FIRST STEP TO THE PRE-SEASON

The plan of LaLiga to resume the training sessions

If LaLiga is not restarted before June 27, the season will be suspended

Today highlights
MESSI DOES not WANT TO COINCIDE WITH THE CENTRAL

Gerard Pique could move Messi away from FC Barcelona

HIS CONTRACT EXPIRES IN 2023

Gündogan, another of the 'bargains' that Barça does not forget

BOTH ENTERED THE COMPLEMENT

Pedri and Gavi revolutionized a thick Spain against Portugal

WIN BY THE MINIMUM AGAINST PORTUGAL

Morata puts Spain in the Final Four of the Nations League

THE CULÉS, WITHOUT MARGIN OF ERROR

DUE TO KOUNDÉ AND ARAÚJO'S INJURIES

The 'jewel' that Xavi could 'sign' to reinforce Barça's defense

The 'bomb' exchange that would take Firmino to Barça

THE CLUB WOULD ADEQUATE HIS SALARY

Barça could be forced to review Pedri's contract

AFTER HIS HAMSTRING INJURY