INCREDULITY IN THE MEDIA

Colossal, shame, humiliant: The international press hallucinates with the Barça

The international press, as it was expected, has charged against the FC Barcelona after the abysmal image offered by the group culé in front of the Bayern Munich

The humiliation of the FC Barcelona against the Bayern Munich (2-8) in Lisbon has given the turn to the world through the media, that have done echo of the Barcelona sinking and do not doubt to the hour to speak of end of cycle. The majority of them plant in cover an image of Leo Messi, exasperated and cabizbajo, while the Bayern celebrates background any of the eight goals that lumbered with to the Barcelona team.

The Barcelona disaster no only has copado the first informative pages of the big majority of sportive means of all the world, but also of the generalistas. Words like "colossal", "shame", "humiliation" or "demolition" have been some of the most used by the means and publications, with some that another game of words like the employee by the Newspaper Olé Argentinian, that titled with "Vergonzocho". 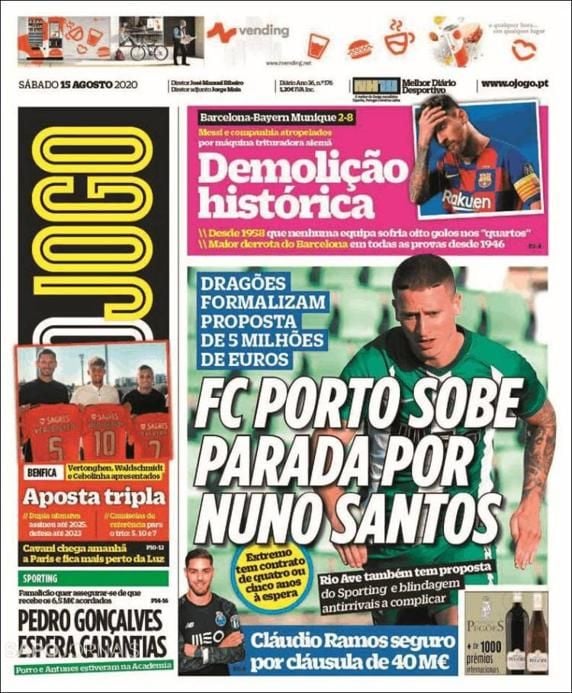 Even the New York Times has informed in depth on the occurred this Friday in the Stadium Gives Luz, titling the chronicle of the party with a conclusive "The End" (the end), in clear allusion at the end of a historical cycle where the Barça became the best team of the world, but this Friday turned into a puppet in hands of the all-powerful Bayern Munich. "The Bayern humiliates to the Barça", write 'The Times', whereas L'Instrument, in cover, describes as "Kolossal" (colossal) the 2-8 of the germanos to the culés in Lisbon.

The Bugle, one of the Argentinian means more read beside Olé, speech of "the worst night of the history of Messi". "The Bayern Munich humiliated to the Barcelona with a goleada historical. The Germans were a machine and to the 30 minutes already won 1-4. The Catalan team remained out of the Champions. The Argentinian (Messi) strolled by the field and never gravitó", writes like subhead Bugle. 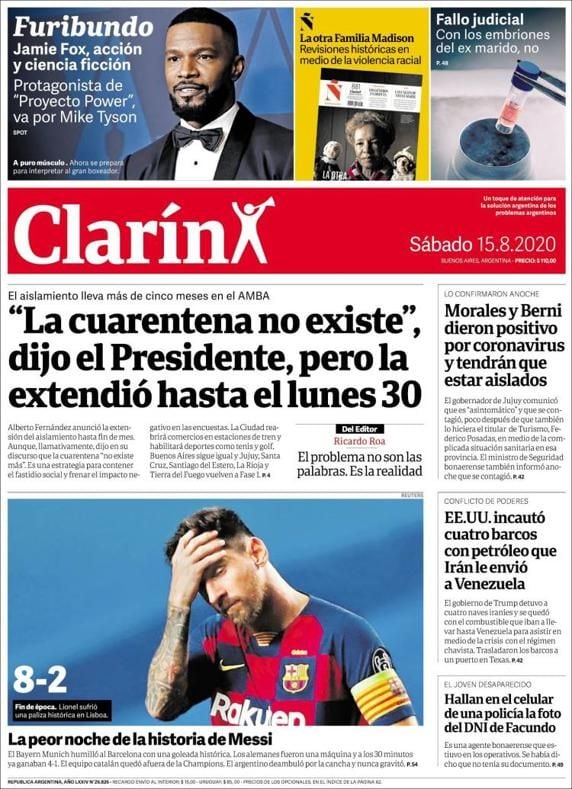 While, the Uruguayan The Nation titled "the greater licking to the Barcelona", informing also of the goal of Luis Suárez that not even it served for maquillar the result. In Italy, The Gazzeta dello Sport titled with a "The Barça hits rock bottom", and went further when leaving in the air the continuity of Leo Messi in Spain: "Messi, humiliated will go ?". In the same country, Tuttosport did not doubt in reflecting the situation of the Barça wonderfully: "Incredible! Historical Bayern: the Barcelona dragged by the floor". It does not be missing him reason to the Italians.

Vítores In Germany by the gesta of the Bayern

In Germany, instead, the leadership changed the perspective and centred more in the exitazo of the Bayern that in the hecatombe culé. "The victory of the century", illustrated with a big photo of Müller, served to title for Bild. In the Frankfurter Allgemeine, something more comedidos, did enfasis in the triumph in front of the group comandado by Leo Messi: "The Germans humiliate to the otrora big Barça of Messi in the quarter-finals of the Champions".

In brief, the shipwreck of the Barça has not happened unobserved for anybody in the international panorama, and so much the million culés of the world like the million fans to other teams will have hallucinated with the humiliation suffered this Friday. An authentic despropósito that does to shiver the foundations of the club, and that without place to doubts will cause drastic changes in the next days. 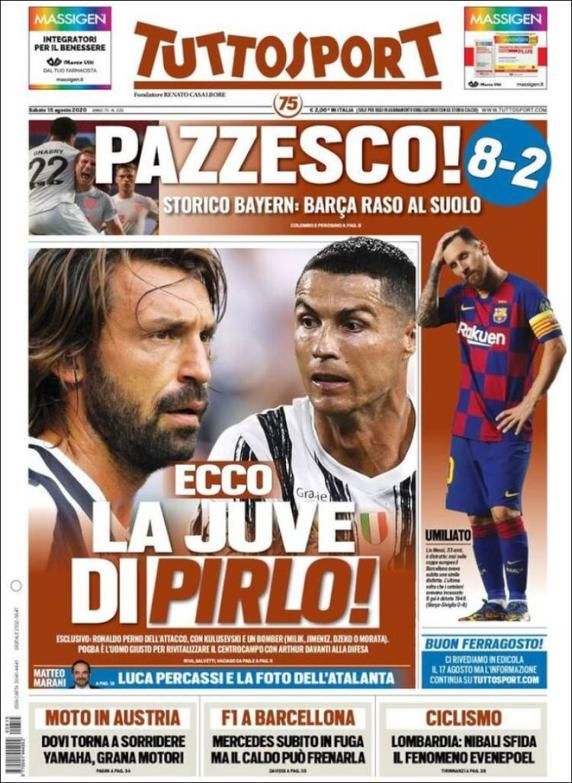 The Barça, a broken toy: The Bayern shattered it with a 1-4 in half an hour

VIDEO SUMMARY: The goals and the best plays of the Barça-Bayern (2-8)

Luis Suárez already speaks as a rival: "I want to achieve important things"

BOMB: The great striker who would come to FC Barcelona for free

THE URUGUAYAN NO SHORT

They REMAIN TWO WEEKS OF MARKET

The fearsome forward that Koeman plans to start LaLiga

THE DUTCH HAS HIS DOUBTS

The possible signings of FC Barcelona to relieve Luis Suárez

Messi, why you don't shut up?

WARNING To THE FC BARCELONA