The sixth Ballon d'Or of Messi will generate controversial

If Messi wins the sixth Ballon d'Or, the controversy will be served. And if he doesn't, too. Things are very equalised in this edition, depending on which are the criteria to choose the winner

If the Balloon of Gold that won Luka Modric already generated controversy during months, the one of this year 2019 promise long weeks of debate in the forums, social gatherings and sportive media. Leo Messi splits initially like the big favourite to conquer the prize, the one who would be the sixth of his career and with which would go back to surpass the five of Cristiano Ronaldo, the one who him empató in 2017.

The '10' of the Barça gathers sufficient requirements to heave with the award: champion of League with the Barça, Boot of Gold, maximum goleador of the Champions League and also one of the maximum assistants of the big leagues. His season, this yes, also has some stains like the elimination against the Liverpool in semifinals of League of Champions, the stray final of Glass of Rey and the elimination with Argentina in 'semis' of the Glass America. With referee's controversy, is true, although it can not say that Messi played to his best level in the tournament. 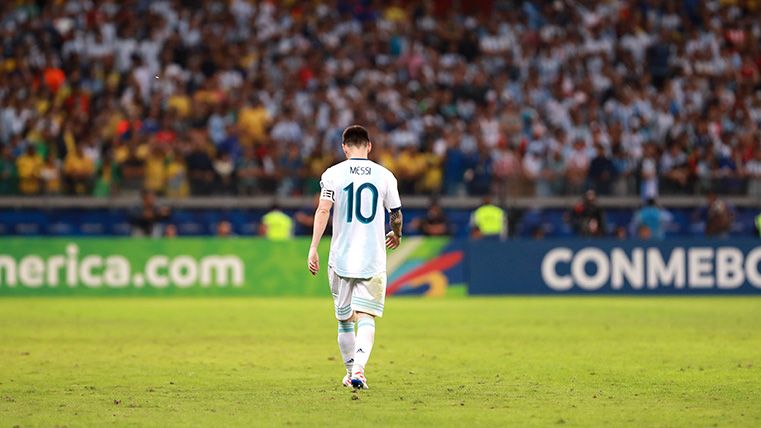 If it does not win it he, however, who can win the Balloon of Gold 2019? Alisson And Firmino have won the Champions with the Liverpool and the Glass America with Brazil, whereas Sadio Mané aspires to win the Glass of Africa and, to the equal that his two mates of team, also has done with the 'orejona'. Mohamed Salah has lost positions with his disappointing Glass of Africa with Egypt.

And Cristiano Ronaldo, although it won the UEFA Nations League with Portugal and the 'Scudetto' with the Juventus, has signed his worst registers goleadores in the last decade. Kylian Mbappé Has surrendered to a spectacular level with the PSG in Tie it 1, but in Champions League has seen how his team has gone back to do the ridiculous as it comes being habit in the last years.

Better do not speak of Luka Modric and his abysmal past campaign, and the name of Neymar Jr neither mentions . In definite, that Messi is the player that more has done to carry the prize, and if it does not win it there will be controversial. If it receives it, on the other hand, his detractores will say that it has not done the sufficient as to deserve it, because it did not win the Champions League with the Barça neither neither the Glass America with Argentina.

A Balloon of atypical Gold for Messi

The question is that this type of prizes does time that do not have fixed criteria. Theoretically it would have to be for the best player, or better said for which more have contributed to the hour to guide to his team to the success. That is the perfect description of what has done Messi this last season, further that in the last months have not had luck with the titles. There is not anybody that deserve it more than him. And simultaneously, if it wins it, it will be the Balloon of Gold in which it will have done fewer merits to carry it.

The four favourites to win the Ballon d'Or

MESSI will not HAVE IT EASY

Today highlights
A REVIEW TO THE CORONAVIRUS BREAK

Roures: "I expect a 'pre-season' and matches with no public in July and August"

The world of football opens debate: There could be matches behind closed doors until December

PRAISES OF THE ARGENTINIAN

Ter Stegen: "I have no idea about football. I don't know what to call the players"

WHERE WILL HE PLAY?

Lautaro Martínez takes a decision on his future