TALENTS OF PRESENT AND FUTURE

SURVEY: De Jong and Arthur, always in the XI: Who has to accompany them?

Frenkie de Jong and Arthur Melo are deserving the titularity in this principle of season. They would have to be in the XI always in the important matches, but... Who is the ideal player to accompany them?

In spite of the irregular start of the season 2019-20, the FC Barcelona has the luck to have of one of the most competitive staff of Europe, and of youngsters 'cracks' that with the step of the time have to settle of definite form in the eleven headline. Two of them are Frenkie of Jong and Arthur Melo, those who played a big party in front of the Villarreal and, in fact, carry all the present campaign surrendering to big level when Ernesto Valverde plants them in the field.

The question is: if they two turn into usual headlines, who has to accompany them to day of today like third midfield player? From 'FCBN' want to know the opinion of our readers, and thus we have prepared a survey in which we offer like possible answers to the rest of midfield players of the staff, and also to a Riqui Puig that comes pushing strong from the filial.

THE POLL Arthur and De Jong, always in the line-up: Who should be the third midfield player?

Busquets, Arturo Vidal, Rakitic, Aleñá, Sergi Roberto or Riqui Puig. Who has to be the companion of Frenkie of Jong and Arthur in the usual alignments of the FC Barcelona. It is clear that Sergio Busquets splits with advantage, when being one of the captains and, when it is in good form, the best defensive pivote of the world. The problem is that it carries a year and half surrendering of intermittent way, and committing some errors that have prejudiced defensivamente to the team in some transcendental parties.

Arturo Vidal and Rakitic could be two options of present, but the problem is that his fault of minutes probably will force them to do the cases in the short term. On the Croatian midfield player speaks that it could leave this same winter, whereas to Arturo Vidal remains him a season more than agreement in the club, and it will be necessary to see if it fulfils it.

Carles Aleñá has not had of minutes in all the season 2019-20, to exception of a first-half in Bilbao that it condemned him to the ostracism. And, regarding Sergi Roberto, seems a reliable option although it does not finish to convince to many of the followers culés, because of a style of game sometimes too conservative and horizontal. 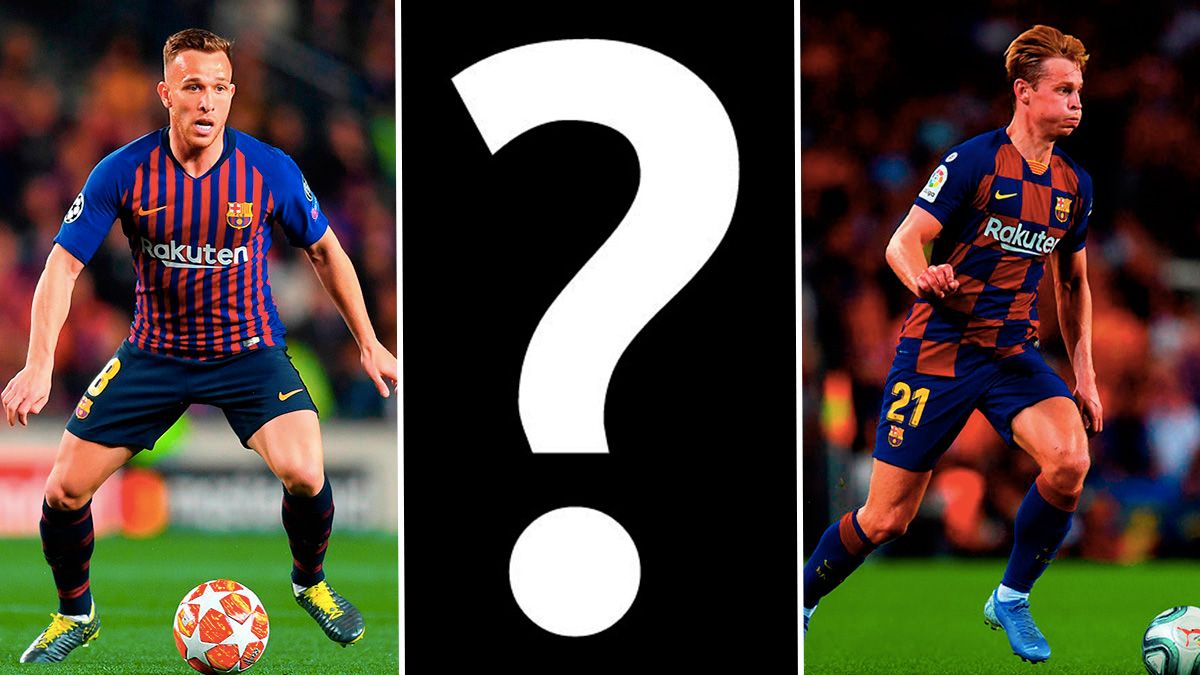 Finally, it is the possibility of Riqui Puig. All the world knows that it hides a grandísimo talent in the boots, and in fact is together with Ansu Fati the big jewel of the inferior categories in the actuality. The hándicap is that has very little experience with the first team to day of today, and perhaps this would affect in a room of machines where Frenkie of Jong is a recently arrived and Arthur, with 23 years, would be the more 'veteran'.

It was as it was, the FC Barcelona has of a centre of the complete field, with multiple options and polyvalent players. If Of Jong and Arthur turn into indisputable headlines, neither is necessary to concern for awarding them a fixed companion. Perhaps the solution go through to go alternating to this third component of the centre of the field until finding the best option.

If it attains recover the best version of Sergio Busquets, can that the one of Badia was the best alternative by behind Arthur and Of Jong, giving like this to Riqui Puig some years -those that remain him to Busquets until the withdrawal- for curtirse and, in the long run, be the third piece of the Barcelona compass. And, if it is not like this, always there will be time to look for this component in the market of signings, or in The Farm. Luckily, the Barça has already to the Brazilian and to the Dutch. Two of three...

Arthur, the mix of Xavi and Deco that works perfectly in Barça

IMPARABLE! Great goal from out of the area of Arthur

Messi and Of Jong, in the FIFA's ideal line-up

HE IS NOT WORRIED

Today highlights
HE DOESN'T WANT TO ENTER AN AUCTION

NEAR THE END OF CALVARY

ILLUSION: Ansu Fati has the 'OK' doctor and prepares to return to Barça

BALDE IS NOT THE ONLY OPTION

Koeman's alternatives for the left-back after Jordi Alba's 'KO'

Koeman's four options to replace Pedri after his injury

FC Barcelona vs Bayern on TV: When and where to watch the Champions League match

REVOLUTION IN THE SYSTEM?

MATCH TO OPEN THE CHAMPIONS

Line-ups of the FC Barcelona-Bayern of Munich of Champions