THE PATIENCE HAS A LIMIT

POLL: Until when you give margin to Griezmann so that he shine in Barça?

The weeks pass and Antoine Griezmann doesn't show signs of improvement in the FC Barcelona. The French needs adaptation, but... Until when it will finish the patience of the fans culés?

Wine with the premise to be a player of 'immediate performance', when treating of a star consecrated in the international panorama and that, by technical conditions and of adaptation to LaLiga, could offer good dose of enjoy to the Camp Nou from the first moment. His grey pre-season already began to leave clear that the thing would go slower of the expected, taking into account the radical transition that means to happen to play in the Athletic of the 'Cholo' Simeone to the FC Barcelona of Ernesto Valverde, more offensive and with more competition up.

It is not any secret that to Griezmann is costing him horrors fit in this Barça, and in front of the Leganés went back to desaprovechar an opportunity of gold. The patience is beginning to exhaust in the barcelonismo, to the time that the comparisons with Philippe Coutinho increase . Until when has credit the French to start with to shine in the FC Barcelona? It can give some 'pitada' in the Camp Nou during the next weeks?

THE POLL Until when you give margin to Griezmann so that he shines in Barça?

Precisely this is what ask to our readers in this survey of 'FCBN', with the aim to know exactly which is the thought generalised of the fans culés in relation to the star Frenchman, and if they think that it is necessary to follow giving him, or no, a vote of confidence. The memory of the 'pumpkins' mediáticas that gave Griezmann to the Barça does a year and half follows very alive in the barcelonismo, and is a hándicap more for the French.

To date only him contabiliza a big performance with the Barcelona T-shirt, the one who carried out in front of the Real Betis with 'doublet' included in the Camp Nou. Since, however, his contribution has gone going down and there is split in which directly it happens unobserved, without participating hardly in the offensive game of the team and receiving very far of the rival area. 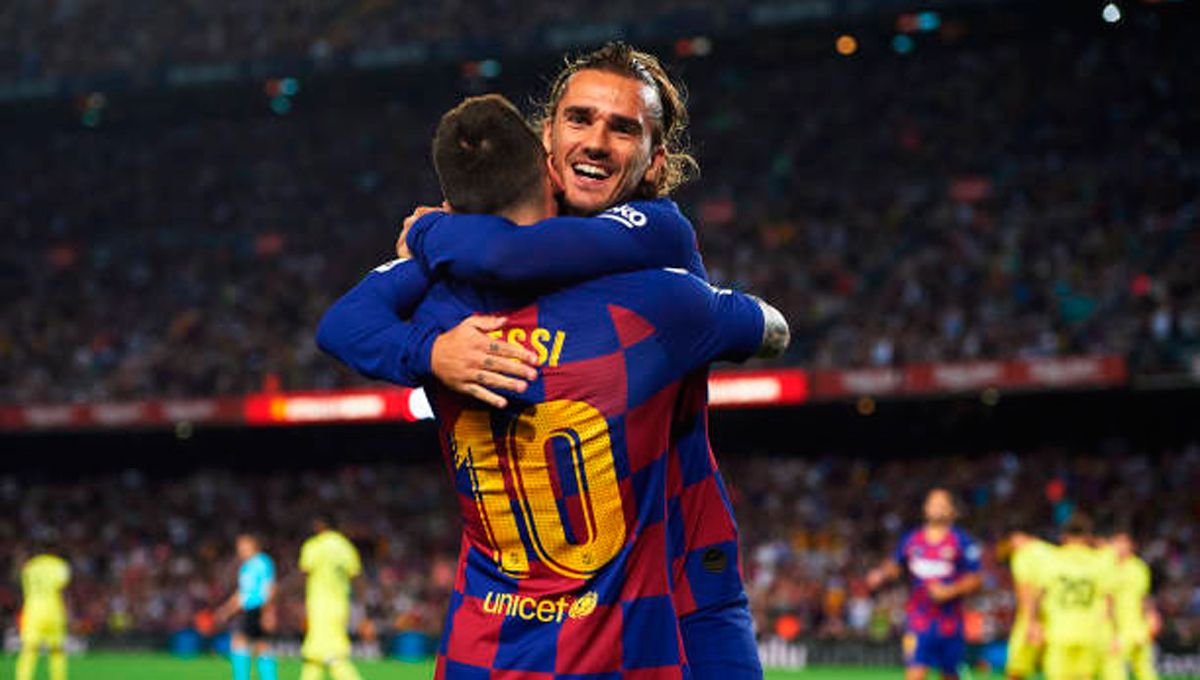 Griezmann Still does not understand with Messi, Suárez and the rest of his mates of attack, but the most worrisome is that Valverde has not found a solution that attain to take out his best performance in the eleven. Accustomed to play of second tip or of mediapunta, in a position centred and with a leading centre by in front -in the Atleti were Diego Coast or Morata-, the new ecosystem culé does not favour to the conditions of the Frenchman.

Valverde is forcing him To play of extreme, hit to the line of cal and too much far of the contrary goal. Griezmann Has good dribbling and a lot of technician, but is of a profile resembled Coutinho and the speed is not his strong. It costs him desbordar and generate danger from the band, to the not having some physical characteristics like which yes have other players of the staff culé, like Dembélé and Ansu Fati.

Valverde And Griezmann have to find a solution

The problem is that the usual function of Griezmann exerts it Leo Messi in the Barça, and hardly Valverde go to move of place to the Argentinian to leave gap to the French. In a hypothetical 4-3-2-1 like which lució the Barça in front of the Leganés, however, the 'Txingurri' could have tested plant to Griezmann by in front of the midfield players, with Dembélé and Messi in the bands and Suárez in tip. Instead of this, decided to alternate the positions of 'Grizi' and 'The Flea'.

This does not mean that the trainer culé do not follow testing new systems and possible solutions in the next parties. It will give with the key? And if it does not do it, it will have to bear Griezmann some that another pitada in the Camp Nou? It will be necessary to see what offer us the coming weeks, and if the Frenchman achieves to remount in a team where, if it finds finally his place, can be of big utility.

Griezmann went angry to the bench after wasting another opportunity

Griezmann's confession: "I don't know how to dribble"

KEY AFTER THE STOP

The expected explosion of duo Messi-Griezmann

Barça complicates itself but resists against a brave Getafe (2-1)

THE FRENCH WANTS TO IMPROVE

Griezmann, resounding about his happiness and his connection with Messi

TRIPLE SAVE OF JUGGLER

SUFFERED WIN IN THE CAMP NOU

The 1x1 of the Barça players against Getafe

HE SEES TO THE FAVOURITE MADRID FOR LALIGA

ATTACK OF HIS SPORTIVE DIRECTOR

VISITS TO NAPOLI AND MADRID