Antoine Griezmann has kept diverse ups and downs since he signed by the Barça. One of his big challenges, in this decisive stretch of the season, will be to improve his impact in the game

To day of today, and throwing an ojeada fast to the statistics, can not say that the signing of Antoine Griezmann have been a failure. The French is fulfilling in his first year in the FC Barcelona, and with a third of the season still for playing accumulates already 12 goals in all the competitions, being together with Leo Messi the only Barcelona that has marked in all the tournaments contested this course with the Barça.

In spite of everything, gives the feeling that Griezmann still has not showed all his potential in the team culé, and that needs something more than time to take carrerilla. Something resembled what happened him to Neymar Jr in 2013, or even to Luis Suárez during his first months like new integral of the forward. Both found in a situation to which were not accustomed: not being the protagonists.

Leo Messi is the attendant to receive almost all the balloons that go through the offensive front, when knitting the played from his same start and, in a lot of occasions, finalise them also he same. Griezmann, to the equal that have had to do all the new signings for the forward along the last times, has seen forced to adapt to a role and to a position to which was not accustomed in the Athletic of Madrid. 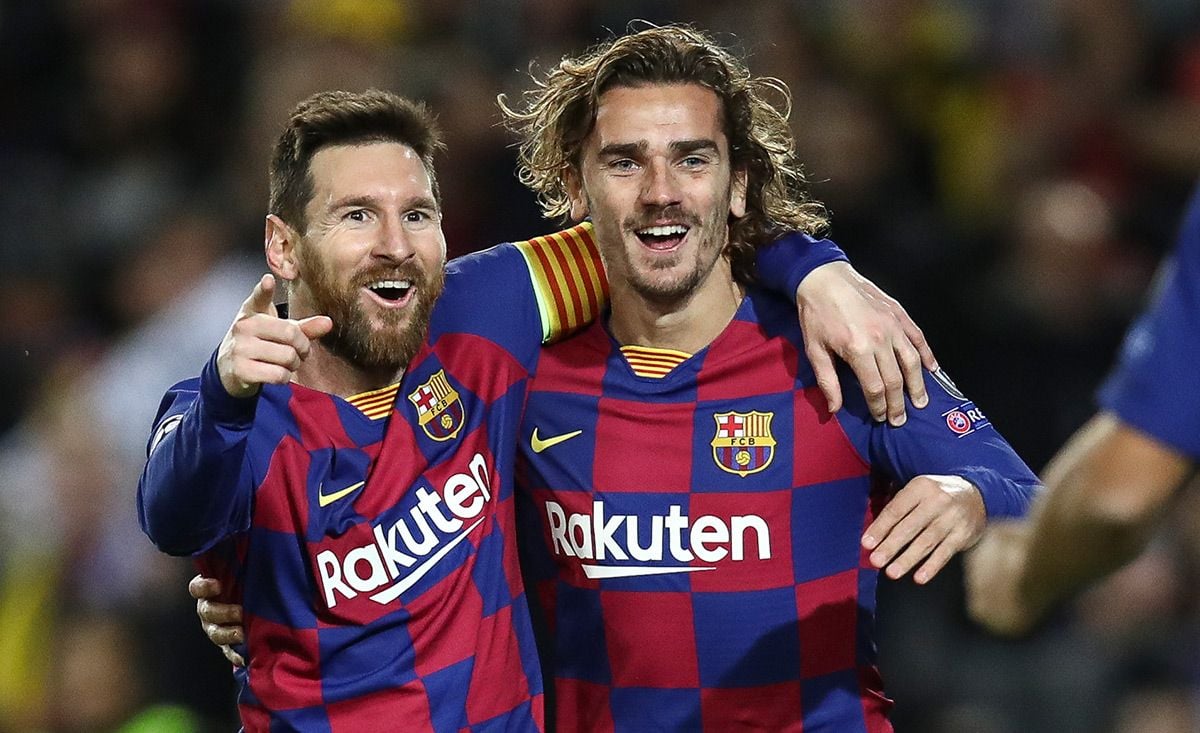 Probably that was the main cause that it can not eat, still, in the same table that Leo Messi. Because although it is true that the talent of the Argentinian star is inigualable by any another footballer in active, another factor that differentiates to both is the one of the regularity on the terrains of game. 'The Flea' chains now some parties without marking, but in any case keeps on being practically in each party the best of the team.

In Benito Villamarín signed a 'hat-trick' of assistances and fraguó the adjusted victory against the Real Betis (2-3), a balsam for Quique Setién and his plans of future in the Barça. Griezmann Also has cuajado very good performances since fichó by the Barcelona club, although these are used to to arrive to dropper and divided between determinate spaces of time.

Hardly we have seen to the Frenchman, at least in the Barça, chain more than two consecutive parties to a grandísimo level. No so much to level of numbers, but rather of incidence or impact in the game. This facet is precisely the one who Griezmann will have to improve of here to final of season, as long as it wish to turn into an immovable piece in the offensive front of the Barça.

Griezmann Still is not indisputable in the Barça

Of the contrary, will risk to that players like Ansu Fati, that comes pushing very strong from below, eat him the toast and can leave him in the bench as it already has sucedido in the last weeks. And this, taking into account that at present the Barcelona forward is low minima. Once they recover Luis Suárez and Dembélé, and if it arrives besides a new signing... To Griezmann will touch him be 'connected' of permanent form to keep the place in the eleven. Quality has, of leftovers, to achieve it.

Griezmann denies France Football: His criticisms to Barça players would be false

BECKHAM WANTS ALL THE MSG

Griezmann, Barça insurance in the absence of '9'

Guardiola shows Setién the way: This is how Barça should play in the 'Clásico'

BARÇA WANTS TO USE THE LEO FACTOR

Messi's words about Lautaro could be decisive for his signing

PRECEDENTS ARE WITH BARÇA

Barça, favorite in the 'Clásico': 'Culés' usually win when LaLiga is decided

A MACHINE TO GENERATE GOALS

BARÇA GOES FOR THE VICTORY

Napoles vs FC Barcelona in TV: When and where see the match of the Champions League

ROBERTSON HAD A MESS WITH LEO

Robertson doesn't forget his incident with Messi: "I am shamed of what I did"

Stab of Busquets to the Barça by the bad sports planning